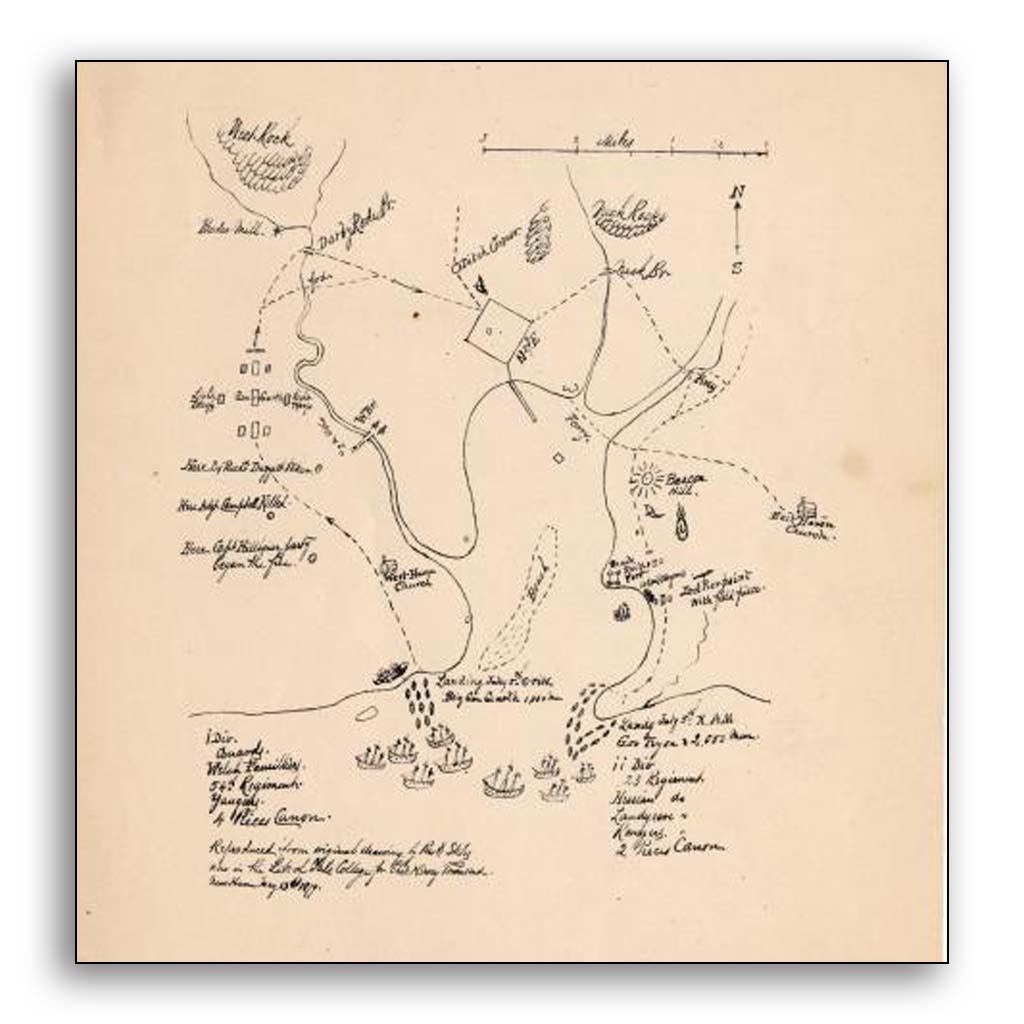 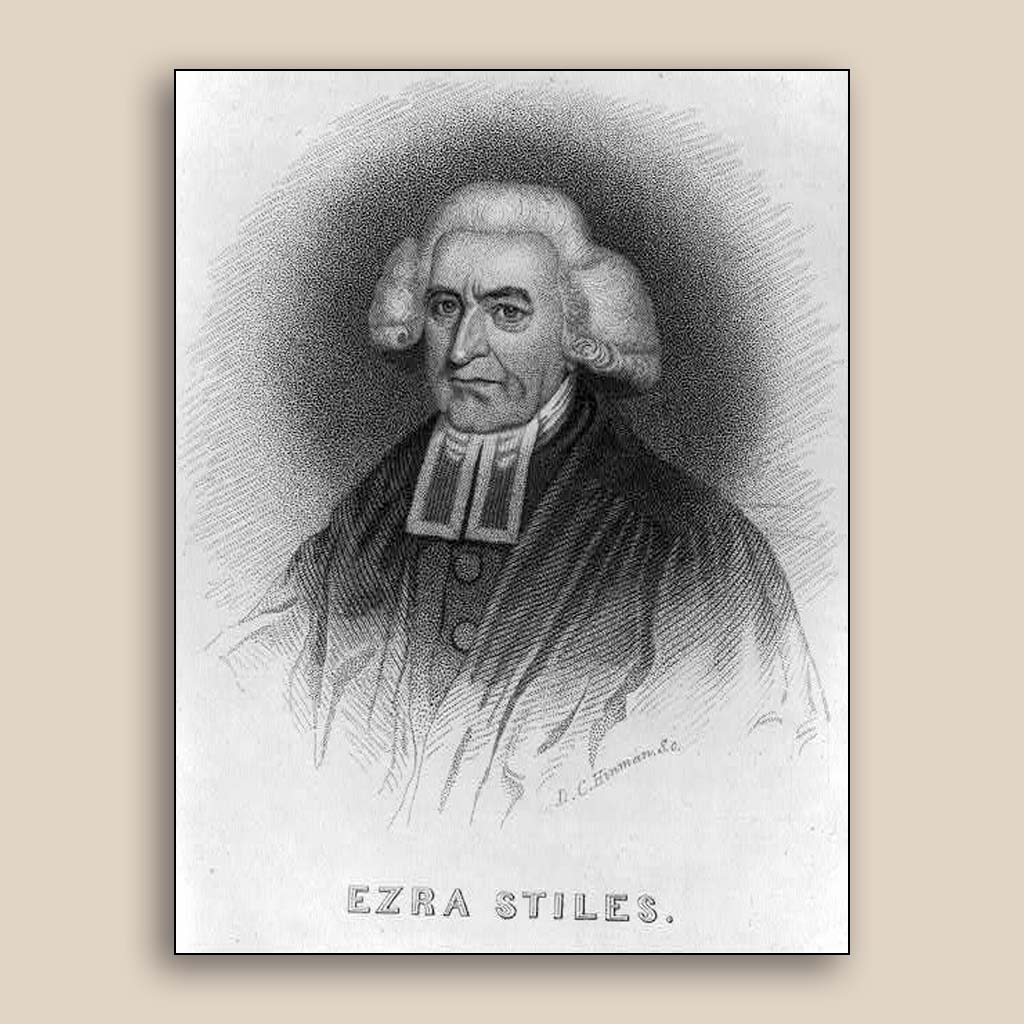 The Defenders’ Monument commemorates some 150 Patriots who attempted to ward off a British attack on New Haven at the height of the Revolutionary War.

On the night of July 4, 1779, sentries in Bridgeport gave the alarm that a fleet of British ships had been seen offshore. In New Haven, in the early morning hours of Monday, July 5, Yale College President Ezra Stiles took up a position with his telescope in the steeple of College Chapel. From there he “clearly saw the boats putting off from the ship and landing a little after sunrise.” Some New Haven residents fled, some stayed but took no action, some armed themselves to defend the town, while others armed themselves and went to fight for the British.

The landing at New Haven was—in part—a diversionary tactic, intended to lure some of George Washington’s troops away from White Plains, New York. By the end of the day, some 2,600 British troops had plundered and destroyed both Patriot and Loyalist property, killing twenty-seven people and fomenting the anger of many previously “undecided” residents.

The campaign for establishing the Defenders’ Monument was started in 1891 by members of the New Haven Colony Historical Society, who soon joined forces with the Connecticut Sons of the American Revolution. Land for the monument was dedicated in 1896, but it took another fifteen years to raise all of the necessary funds for completion. The final monument, showing three figures (representing a student, farmer, and militiaman) was created by sculptor James E. Kelly and dedicated in 1911.