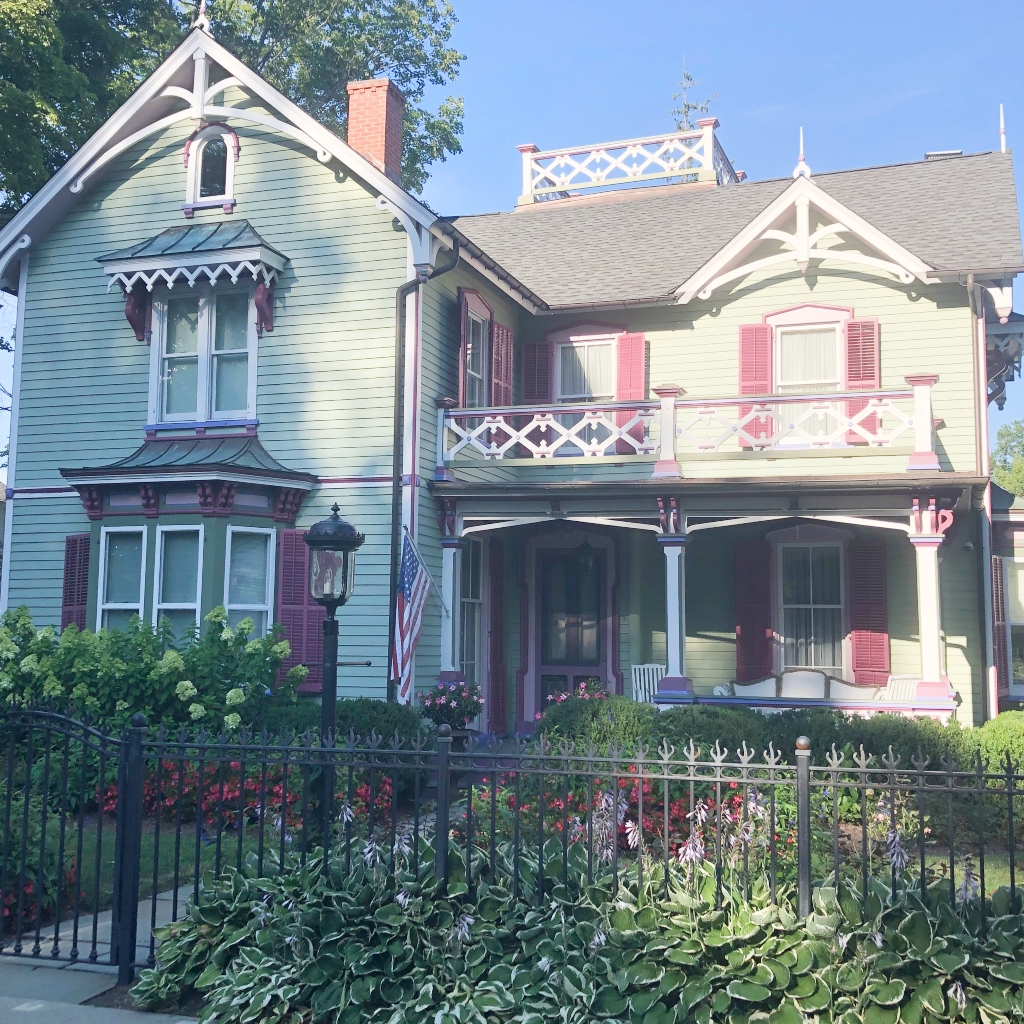 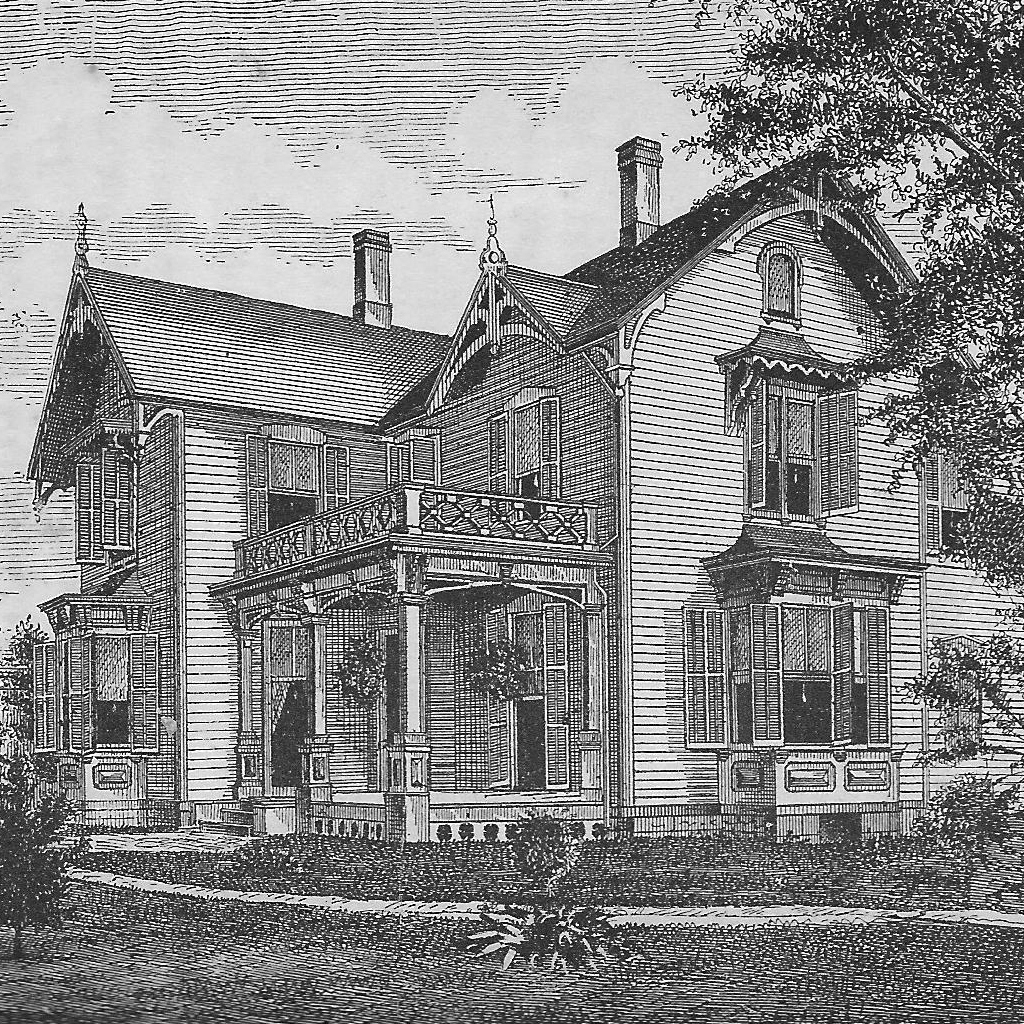 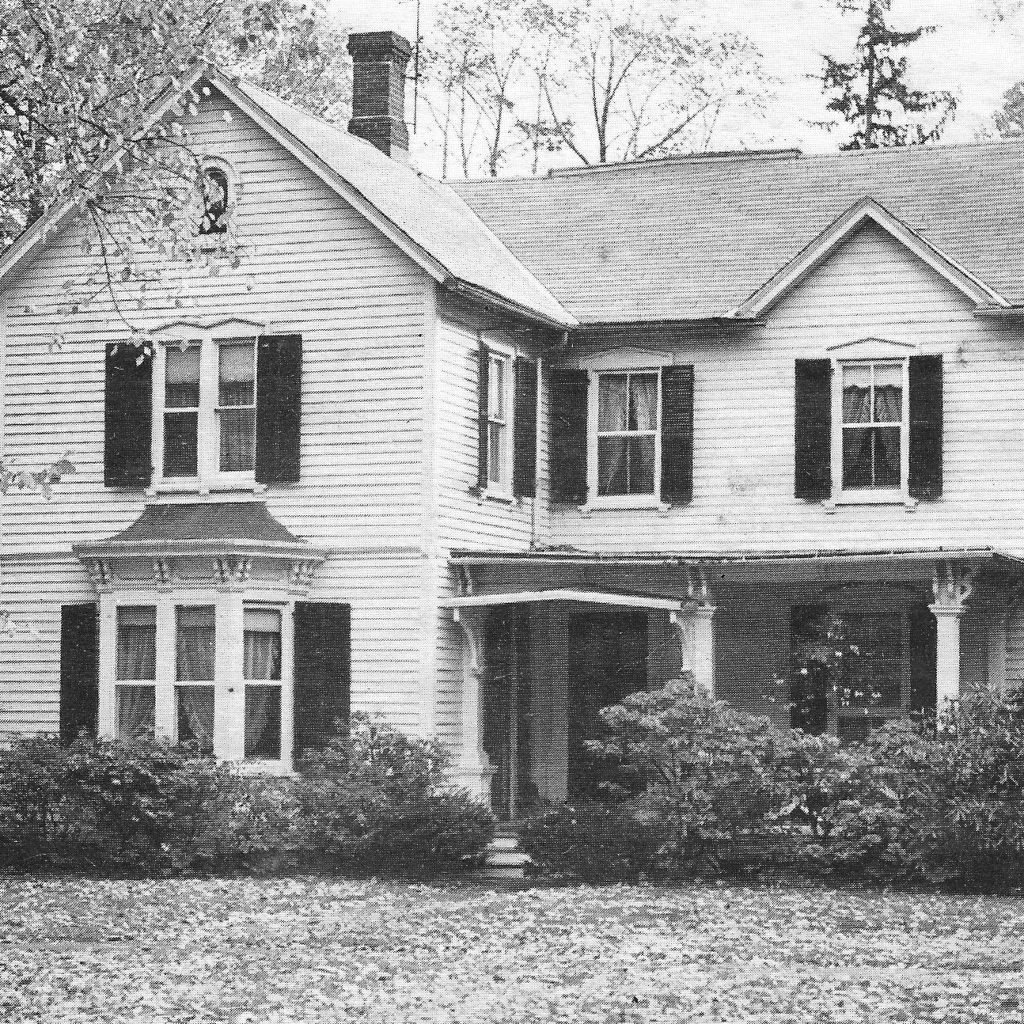 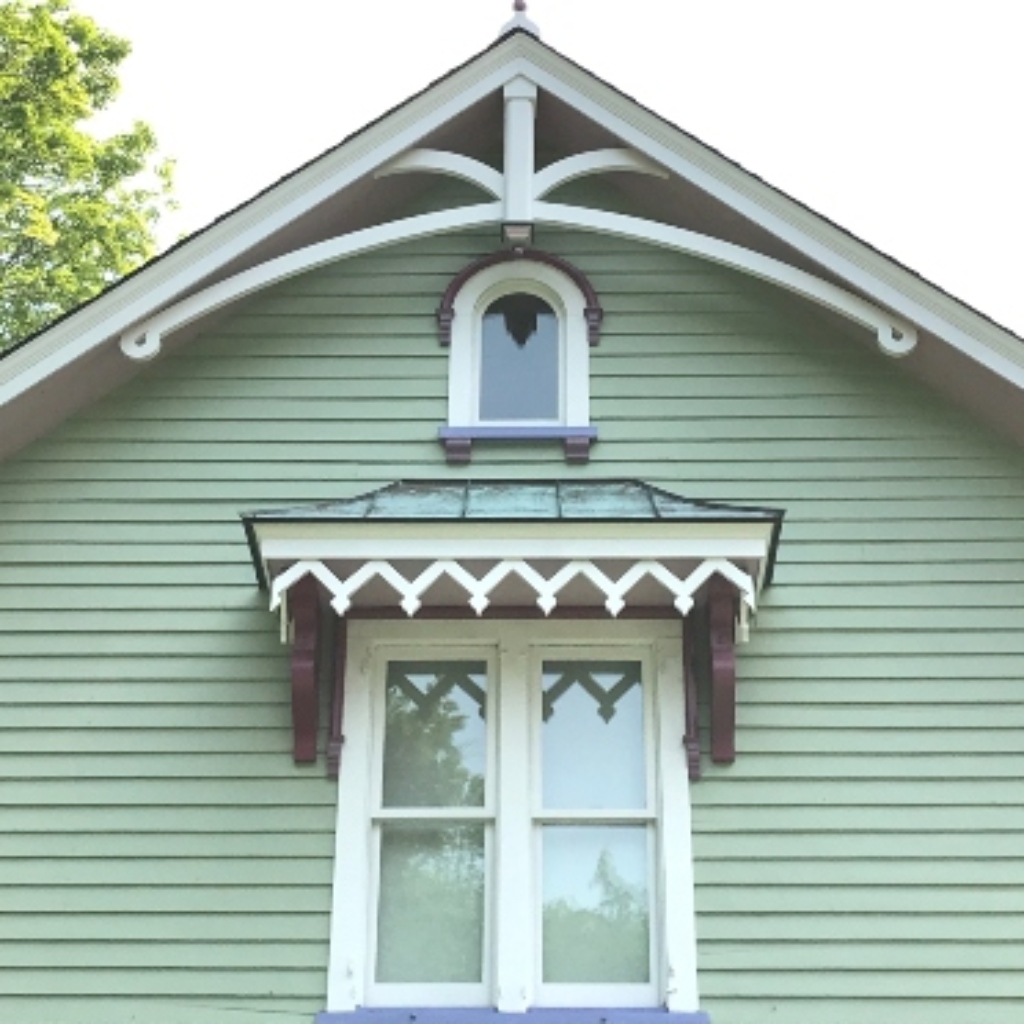 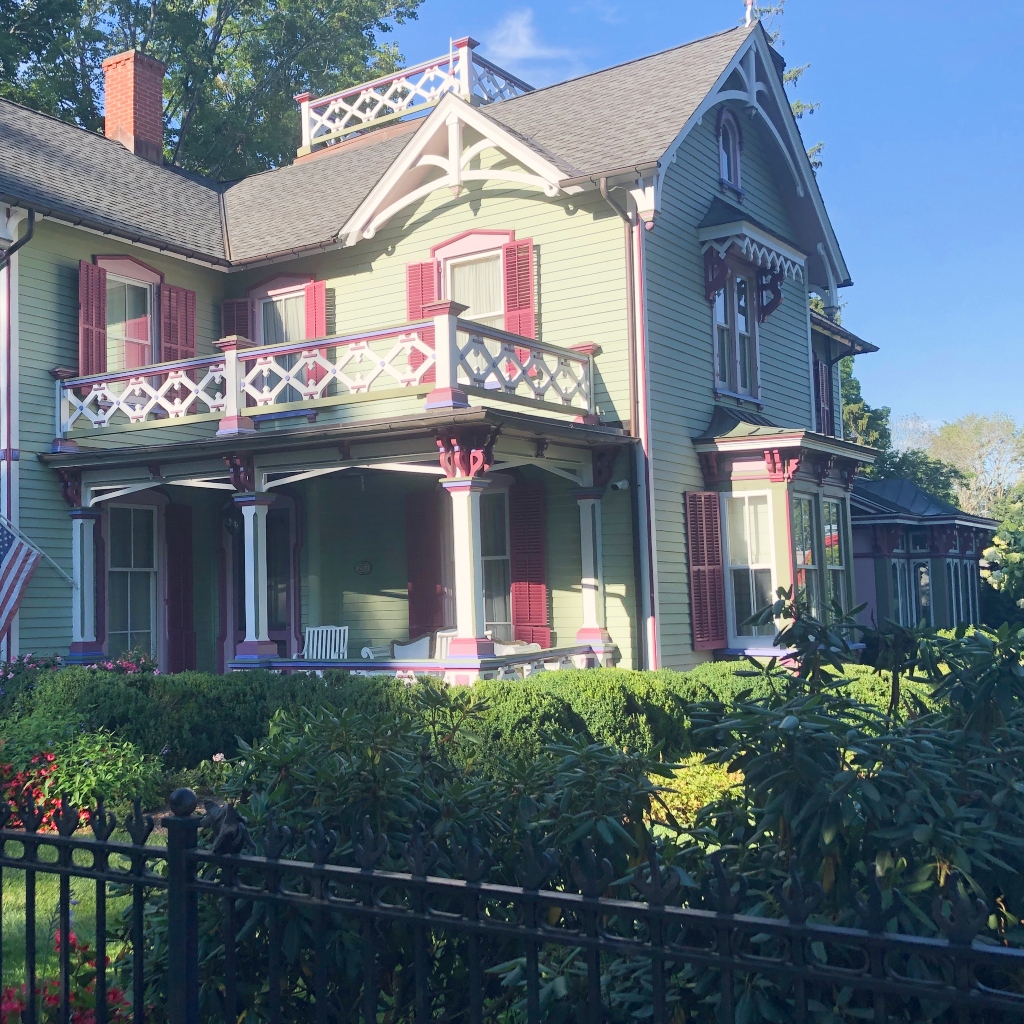 Side View of Bay Windows

Built by Henry Hawley as a summer cottage, this Italian Villa Style Painted Lady was constructed in 1826 according to the Assessor’s Field Card and is one of Ridgefield’s earliest Victorians. Though much of its original ornamentation has been lost, it still exemplifies the ‘rural villa’ style popularized in 1840 by A. J. Downing which completely altered America’s colonial streetscape. Classic Italianate details include the bracketed entry, bay window, pediments, and small round-headed windows topped with Italian-style surrounds and projected sills supported by brackets.

The house is painted in historically accurate colors, with Villa homes opting for the softer hues found in nature. Other features of the style can be seen in its projecting eaves and verandas. The house was purchased in 2002 by Gregory and Valerie Jensen who have continued its landscaping restoration. Traditionally the landscaping consisted of porch vines and naturalistic clumps of bushes and trees, with the foundation plantings being a much later development. Valerie Jensen is the founder of the Prospector Theatre, a non-profit cinema dedicated to providing a higher quality of life through meaningful employment to people with disabilities.