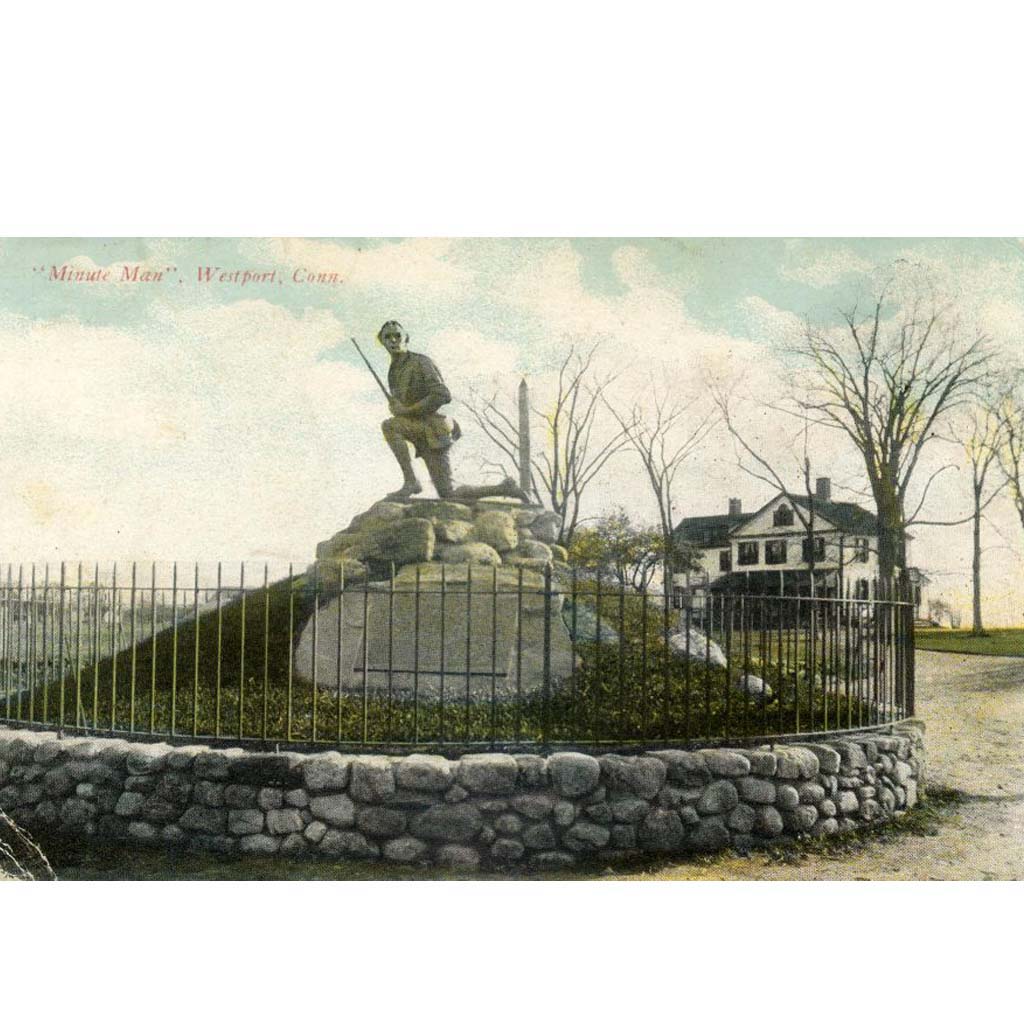 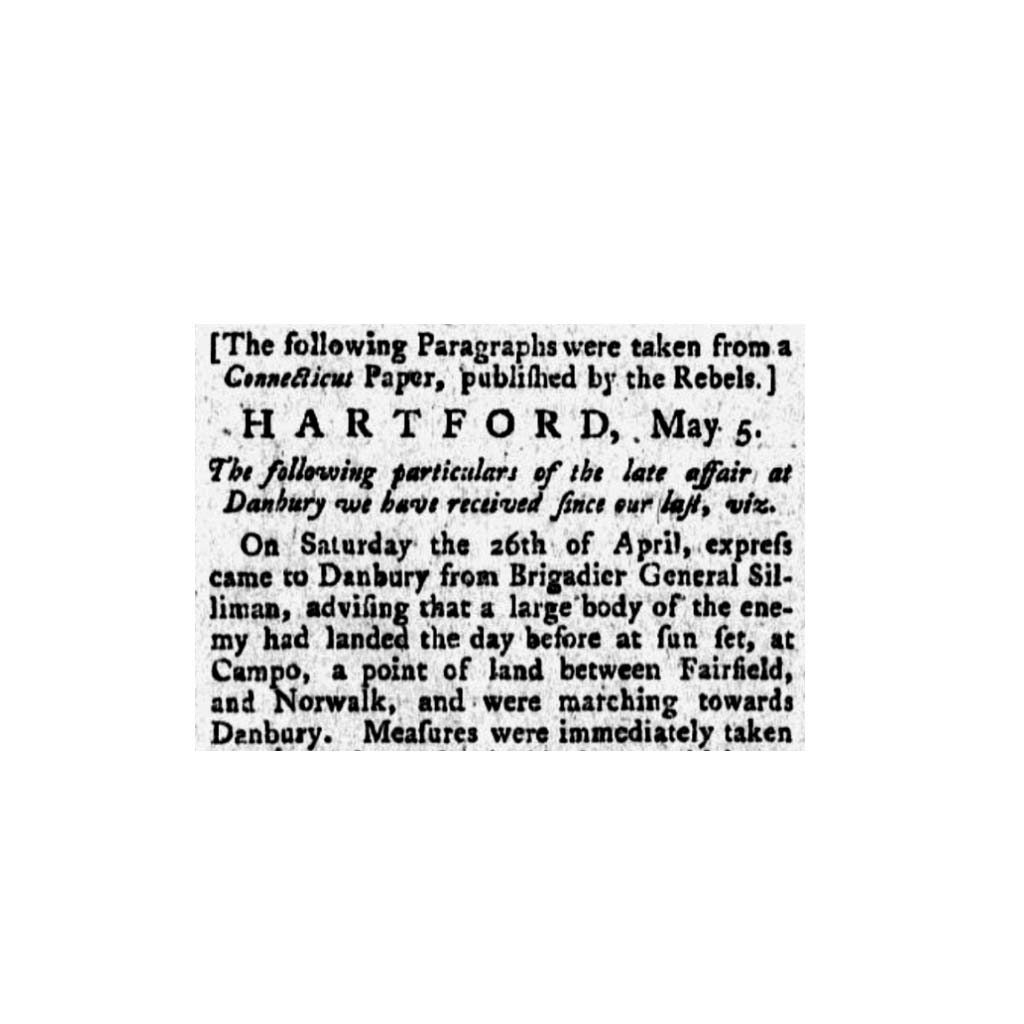 Detail of landings at Compo from The New-York Gazette; and the Weekly Mercury, May 19, 1777

The Minute Man Memorial commemorates the final encounter of the 1777 British incursion into Connecticut. On April 25, 1777, when twenty-six British warships anchored off Connecticut and two thousand British troops under General William Tryon, landed at Compo Beach (then part of Fairfield), the local militia was not prepared to mount much resistance. Three days later, however, after the British had raided Danbury and were pushing back towards their ships, the local farmers and businessmen who made up the militia met them in battle. Though the British successfully fought their back to their ships, the resistance they met along the way helped dissuade them from venturing deep into Connecticut again.

Efforts to create a monument commemorating the Patriot resistance to the British in Westport started around 1903. Six years later, the commission for the statue was awarded to artist Harry Daniel Webster, who modeled the Minute Man in clay in his Westport studio and had it cast in bronze by Tiffany & Co. The Minute Man statue—kneeling, musket at the ready, sleeves pushed up, awaiting the coming British troops—was unveiled on June 17, 1910, the anniversary of the Battle of Bunker Hill.

Years later, on May 6, 1957, the Minute Man statue garnered national attention when it was featured in the final episode of the iconic television program, I Love Lucy. In it, Lucy, who chaired Westport’s semi-fictional “Yankee Doodle Day,” accidentally shatters the statue moments before its dedication, and then attempts to stand in—literally—for the statue during the ceremony.

More on the British Raid of Danbury.

More on the Minute Man Memorial.